Right on. Got some more thrifting in today, though I'm beginning to question my sanity. I mean, I've complained before about never having the time for all this stuff and here I go, adding to it and even throwing another and even more obscure media in the mix. Sigh. Sometimes, I swear I don't know what I'm doing. 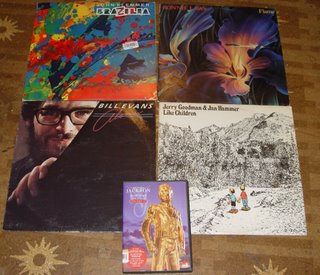 At any rate, here's my first collection. Someone was into the late 70s fusion. Another John Klemmer album, hope this guy doesn't suck as I'm building up quite a collection of his work. The Ronnie Laws I have a bad feeling about and the Goodman/Hammer, I'm split on (never knew that one even existed. Dates from about where they left Mahavishnu.)

There's one more LP, other than the Bill Evans, which if I don't own already, I've heard at least. We'll get to that one in a moment. The Michael Jackson DVD was kind of a curious find. For $2, I figure it's worth a pick up.

Now, I wanted to give this last LP it's own picture. So please, soak in the glory of this album cover for a moment. Don't worry, I'll wait... 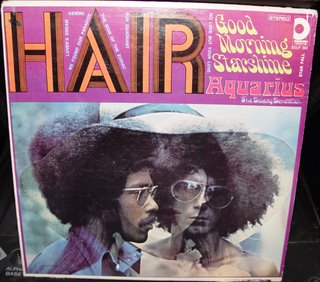 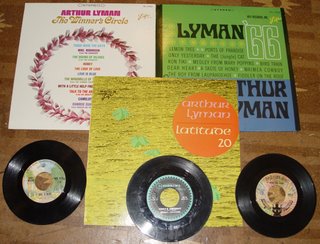 Where did all those mid 60s Arthur Lyman albums come from? I've never seen any of those before and didn't even know of their existance. They're also in very nice shape, so color me pleased.

On the 45 side, we have a copy of Gary Wright's Love Is Alive, a mystery disc from Johnny Crawford (teen idol stuff?) and more bubblegum! Of course the Carnaby Street Runners record is the most beat up. Dang, I'm going to have a heck of a bubblegum comp going when I get all these 45s digitized. 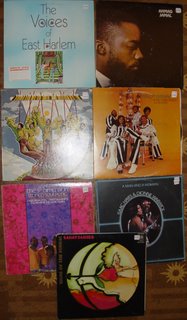 OK, this wasn't a thrift stop, but the prices were bargin basement so what the shit? I was not unhappy to find a nice copy of that Voice of East Harlem LP, and the Ahmad Jamal is an upgrade for me. (It's the only album he cut for Epic. Probably my favorite of all his stuff.) Then we have a bunch of 5th Dimension stuff and Issac Hayes and Dionne Warwick from 1977. The Signs of the Zodiac is a Mort Garison thing. I have another sign around here somewhere.

Also got a couple of CDs and a DVD, but I won't bore you with those. 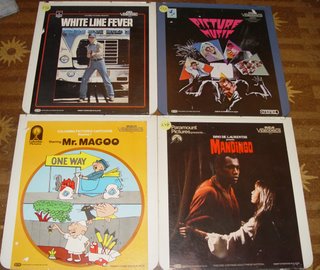 Finally, here is a testament to my weak will power. Remember last week when I mentioned always finding CED videodiscs but never a player. Well, I had to pick these up. First off, they're not on DVD, though I think the Mr. Magoo stuff is starting to come out. Mandingo I doubt has a chance in hell. Secondly, it's stuff I'll actually watch. Third, it was their week for 30% off. I really couldn't help myself. Honest.

The Picture Music disc is a great collection of early MTV stuff. Some of the usual suspects (Thomas Dolby, Talk Talk, Billy Squire) and a few you really would have had to have been there to remember (Red Rider, for one.) To quote the back cover: "Thirty years from now, when your grandchildren beg you to show them the music videos that started it all, this is the collection you'll put on."

Yr pretty crazy cap'n. What did you think of the Hammer/Goodman thing? Heard the LP a while back and thought it blew the big one. McLaughlin has a new one with Eric Johnson. I'm not too excited about it, but I hear it's good. But I'm afraid next he'll be cutting an album with Yngwe and Steve Vai. Oh well, at least he's not delving into hip-hop.

Lyle, I haven't had a chance to check out the Hammer/Goodman album yet. I'm going to try to this weekend. The cover gives me a very bad feeling.

Or maybe I'll just watch that Mahavishnu bootleg again and remember them when they were good. :)