Catching up with Thrift Score

This post is very picture intensive. I appologize for that. A picture is worth a thousand words, and I don't feel like writing a ton. Let's start with last Friday: 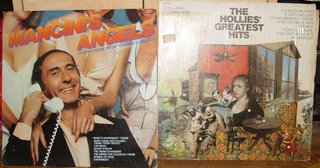 Did you know Henry Mancini wrote the theme to What's Happening? Crazy, but true, and it's on this album which I also own on 8-track. 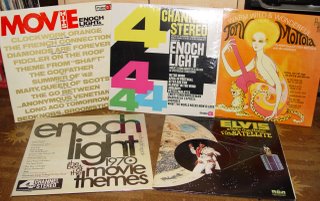 There's a bunch of Enoch Lights in quad, Tony Mottola in stereo (with the Free Design singing backup as the Groovies) and Elvis Aloha From Hawaii also in stereo, apparently. Aloha is about the easiest album of all time to find in quad and I found a stereo copy (with quad labels.) Go fig. 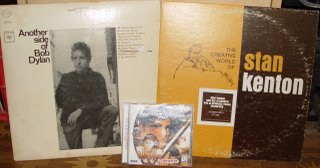 It's even getting hard for me to keep all this stuff straight. The Dylan is an OG pressing. Whoo-hoo. Go me! 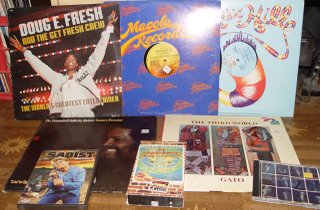 Now this is technically not a thrift load. However, I have a Doug E. Fresh LP and you don't so the point is rather academic.

I also now have It Conquered the World on VHS since it looks like that's never coming to DVD. Great film. See Frank Zappa's Cheepnis for more info. People are asking stupid money for this on Amazon, but it is a classic.

I did some thrifting over the 4th, but I'm going to spare you. Basically, I forgot to take pics and I'm too lazy to do it now.

Here's some stuff from today: 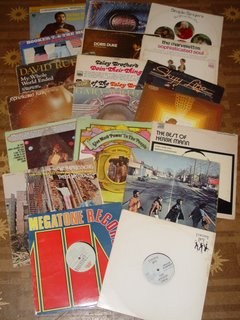 Now, this is only part one of what I got from my first stop today. Can you say motherlode? Now, before you get all ready to lynch me, let me point out most of those LPs have trashed covers. Seam split and ring wear city. The albums look like they will actually play nice after I clean them up a bit, except for the Jack McDuff which has a nasty warp. 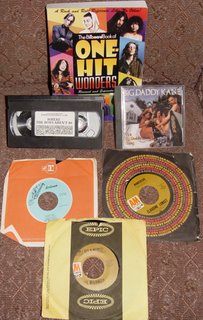 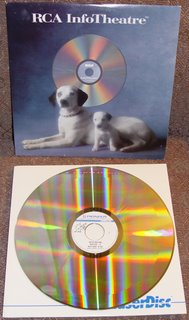 Now this is one of the weirdest things I've found thrifting in a while. It's two laserdiscs designed to go in a kiosk of some sort (the InfoTheatre of the title, I'd guess) demonstrating RCA's 1991-92 A/V gear. The back cover shows how the setup works. There's some kind of computer control unit missing and the discs weren't made to play straight through so they don't make much sence. 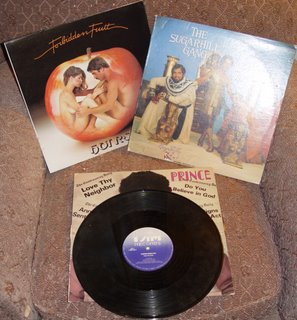 The Prince and Sugarhill Gang are upgrades for me, but the Cabrini Green Rap by Sugar Ray Dinki I do not own doubles of. Who does? 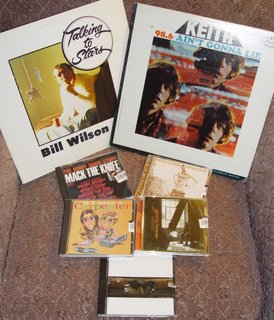 Last stop (ok, almost, made one after this and bought a Bill Haley 45 for a dime) and I'd like to point out the high Indiana content. The Bill Wilson LP is from Bloomington in 1976 and the frontmost CD is from none other than my Vegas drinking buddies the Common. Believe it or not, there was another of their CDs there as well, a newer one I already owned. I don't know if that's better or worse than the CD of my old band that is stuck in $1 bin purgatory at a local used CD store. Well, I bought the Common CD, so I guess that's something.

OK, I'm done now. I promise one of these days I'll write about something other than thrifting again. I'm working on getting some clips from the video stash on YouTube, so stay tuned, as they say.
at 8:22 PM