I wanted to blog some over the weekend, but it was jam packed with excitement, so I couldn't slow down long enough to fire up the computer. I did have a minute to duck my head in a thrift store and came out with a couple of items.

(not my images, sorry, didn't have time to snag those either.) 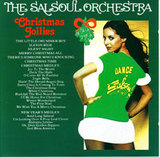 Now this record is a real crap shoot. On the plus side, the cover, which you can't see too well here, is funky as all hell. It's on Command, a mark of quality, IMHO, and the great Don Sebesky is the arranger. Strikes against? Well, it's Doc Severinsen (the old Tonight Show band leader) who I've never know to make a record that wasn't corny. And, as much as I like Sebesky, he had his share of cornball tracks too.

Here's the track listing, let's count this as a mixed strike, shall we?

Side 1:
The Court of the Crimson King
Bottleneck
Surfer Girl
Give Me Just A Little More Time

Side 2:
Footprints of the Giant
Power to the People
Abbey Road Medley

King Crimson and early Beach Boys together at last??? Sign me up!

I'm looking forward to this one. It's either going to blow mightily (likely) or rule the barren Earth.

I also snagged a couple of Laserdiscs, which is always a dicey proposition. The last batch of thrift store lasers I got, were all, with one exception, in various stages of laser rot and pretty much garbage. Honestly, I can only remember one title, which I'm kind of embarrassed to say is "Simply Mad About the Mouse." It's not on DVD, so I'm planning on transferring it and hoping to use it as tradebait. The other disc is 11 Harrowhouse. Nothing I'd heard of, but I have a thing for early 70s cinema, so who knows. It's a fairly recent letterboxed transfer, so again, it may be transfer and tradebait time.
at 1:32 PM