Hat tip to reader Sean Coon for pointing me in the direction of the Doug Morris Wired interview. Though it just hit today, I feel like I'm about the last person on the fact of the earth to comment on it. Regardless, here's the link and, if you haven't already read it, I highly encourage you to check it out.

Yesterday after I hit post, I was kind of wondering how those excerpts would play out in context. I guess I was just having a hard time wrapping my mind around how anyone running the biggest (I think) of the big four could be so clueless and lacking basic curiosity about technology directly impacting his industry.

Yet the excerpts were a good indicator of the interview. Morris comes off as a cranky old fart who can't accept the fact that the world keeps moving forward and is rapidly leaving him behind. That's all fine and good when you're sitting at home writing letters to the editor complaining about how you can't get a good nickel candy bar anymore and how they should bring back Matlock, but Morris is the CEO of a major multi-national. This is someone who's job is to be on top of the new, not ignoring or cursing it.

Now I will say this for Morris. At least he is a music guy. He's been in the business since the 60s. But you'd think for someone with that many years under his belt, he'd have noticed how technology is intrinsically tied to the recording industry. He's seen the LP, cassette, 8-track, quadraphonic sound and a few others come and go. You'd think if some schmoo...err...schmo who has never worked in the industry and wasn't even born until 1975 can figure out that each advancement in technology has affected the way people purchase and listen to music, someone with decades of experience might be able to see it too.

Isn't that what they're paying this guy to do?

I'm not a business major, but I always though the CEO was supposed to be the man, the brains of the operation. According to the article Morris seems to think "his job should simply be finding and breaking new acts." I thought that was the responsibility of the A&R folks. You may remember them, these are the folks that UMG laid off in huge numbers over the past ten years. 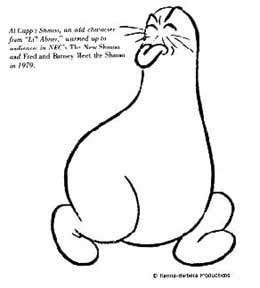 I know this is the head slappingly obvious thing to say here, but the the problem with the music industry isn't college students illegally downloading music. It's the fact that the industry is run by dinosaurs like Doug Morris. These people don't just "not get it", they have no interest in ever getting it. They don't seem to understand that while they could throw their weight around in the past and were successful in forcing their will on consumers, those days are long since past.

And this is what I think is the central thing here. It's ego, plain and simple. These people are used to being right. They're used to being important. When they talk, people listen.

But the "digital music revolution" changed all that. Consumers didn't have to accept the format, pricing or album structures anymore. Digital files made these things obsolete. And considering the industry killed the single, forced the CD on everyone and continued to bump the prices (and profit margins) upward, there was a budding consumer backlash just waiting for the moment to do an end run around the Doug Morrises of the world.

And Morris, you think Steve Jobs is the enemy? Sorry man, Jobs should be your best friend as he's about the only person doing anything right at the moment. You could have had your own Steve Jobs, Mr. Morris. Tech guys were literally everywhere in the mid-90s. Lest we forget, Napster was cooked up in a dorm room. If you couldn't figure out what was real and what was bullshit, shouldn't you have found someone who could? Don't you have people under you who you can trust?

Instead, we get to watch UMG and anyone else wanting to topple the Apple juggernaut throw their lot in with Total Music or whatever ridiculousness they will throw at the wall next. Sure, the subscription based music rental thing was tired before and failed, but, gosh darn it, this time the technologically ignorant Doug Morris is behind it, so I just know it's going to be different. (Side note, Memo to Morris: if it doesn't work with an iPod, it's going to fail. Period.)

Really, I don't know what else to say except I hope the shareholders of UMG take a long look at this interview. The captain of your ship doesn't have a map, wouldn't know how to read one even if he could find one and wouldn't know where to look for one, if he cared to, which he doesn't. And he seems to think he should be in the ballroom coordinating the evening's entertainment instead of navigating through all these icebergs.